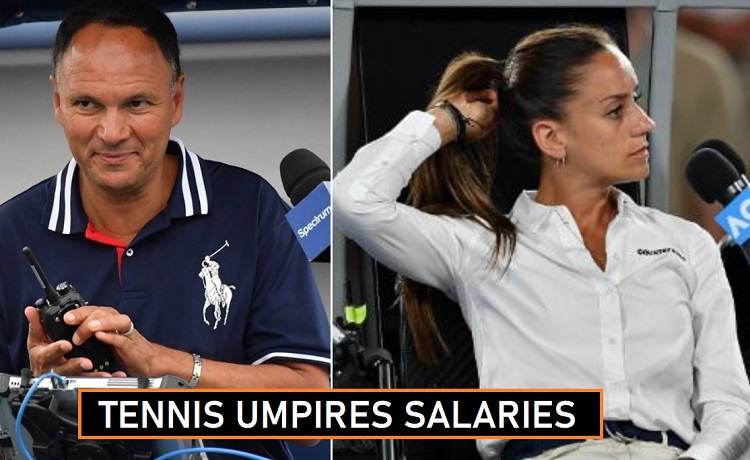 More than 100 tennis tournament take place within a year. Tennis officials do their duty properly to make sure results will be fair. During the match two umpires perform their duties one as (Chair umpire) and other is (Line umpire). Professional umpires selected for ATP 1000 and Grand-slam events get good salary contracts. Tennis umpires salaries based on their contracts and tournaments.

The above salaries based on the selection of umpires. Professional umpires earn maximum per match (£1,500). But when they got selected for grand-slam events such as French Open, Australian Open or Roland Garros their earnings increased. The above salaries details taken from trusted sources.

But still there is gap between the men’s and women’s pay-scale. A news site revealed that women umpire in a tennis match maximum earn (£750). Women umpires earn £1,500 estimated for their duties in the grand-slam and ATP/WTA tournaments.

Line Umpire Salary: Major difference in the salaries of Line-umpires and chair umpires. Chair Umpire got more power compared to Line-umpire in a match. According (Sports Munch) line umpire earn (£500) per match fees based on his experience. His earnings double when selected for the main grand-slam tournament matches. In grand-slam per match line umpire get paid (£1,500).

Entry-level Umpires Salary: Added: Entry level umpires one’s who recently joined the tennis officials list. Once they developed with all formats mixed, doubles, singles competition rules they promoted and offered contract for 2-3 years. Entry level umpires also earn (£350) when they selected for any tennis match of ATP or WTA.