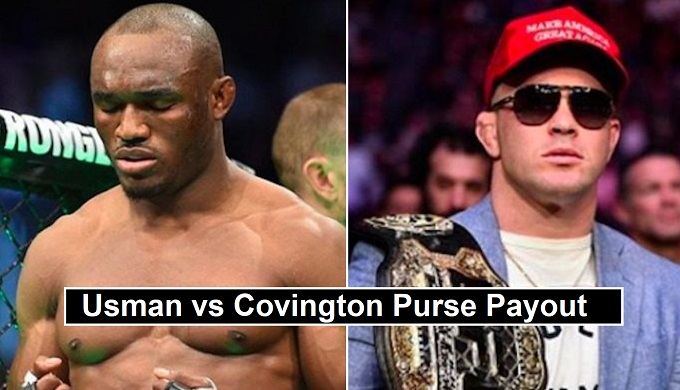 The main event fight at UFC 245 take place between Usman and Covington. Usman recently defeated Tyron Woodley and become the new champion of Welterweight division. UFC start paying big purse money to its fighters. Kamaru Usman recently collected $350,000 which include winning bonus for the fight of the night.

Covington is currently undefeated since 2015. He earns $380,000 purse money from the fight against Rafael dos Anjos. If Covington manage to win his fight against Usman, he will collect $500k. No official updates about the purse money revealed but expected amount paid to winning fighter $500k and runner-up ($350k).

Fight of the night bonus paid to the winning fighter which might $30,000 or $50,000 it depends on UFC 245 gateway income. Previously all the main event card fighters earnings increased upto 2.5%. The winner’s might also earned some gateway income based on popularity according (The News Column’s) report.