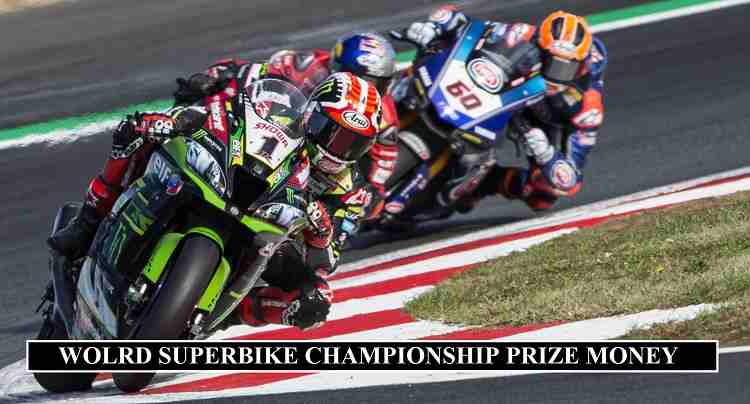 The top rider in the points table and teams finished in the top place. Warn Superbike world championship prize money share announced by (Pirelli). So their moral boost for upcoming season WSBK. Gregorio Lavilla the director of of (WSBK) said, “the new independent riders and teams bring more excitement in the new season” (WorldSBK, 2018).

In the above table the financial information of Superbike World Championship riders gathered from trusted sources. The winner of the Superstock 1,000 Cup earn (€15k) at the end of the season the prize money increased upto 2% which (€5,000) which is equally distributed among the riders and teams. In MotoGP championship (Moto2) winners maximum earn (10k) as winning prize money. MotoGP prize money compare to WSBK series comparatively low.

The bonus paid only once in the world championship not in each race. The bonus share depends how the riders finished on points table. In each race driver earn (€500) for 1st position (€400) 2nd place and third place rider earn ($350).

The prize money for the independent riders increased they earn bonus (€500) extra for winning the race. In the end of the season bonus paid to riders and teams equally distributed. The above prize money calculated for 13 races in which riders and teams participated. Sponsors also paid to the riders but that only counts riders who are associated to official teams such as (Kawasaki, Ducati, Honda and BMW).

The amount of paid to the riders is in Euro currency. The winner of the European Superstock Championship earn (€10,000). Second place finishing rider earn €7,500. Third place standing rider earn (€5,000). All details based on the public reports about prize money and riders earnings in SBK world championship.