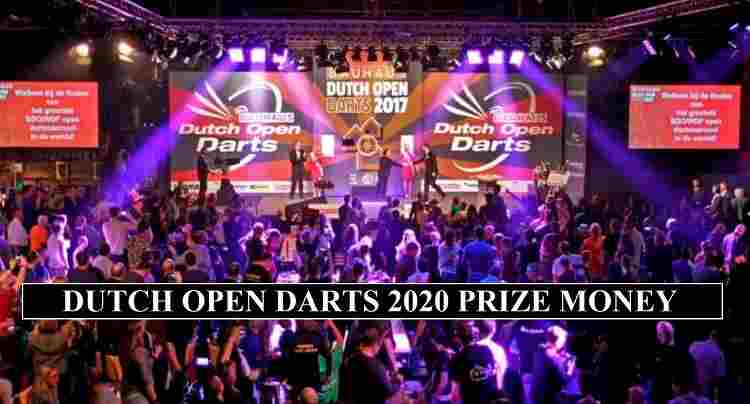 In the above table you can see how the prize money among singles (men’s and ladies) distributed. The prize money share for men’s pair and ladies pair’s also announced for the event. The winner of boy’s U18 competition received winning share of (€150) and U14 competition winner earn (€125).

The girls who participate in the Dutch Darts Open 2020, earned (€100) for winning and runner-up received €50. The paradarts prize money also listed this year. The winner of paradarts event received (€150) and runner-up make (€50). The prize money for the winners in singles compare to BDO World Darts Championship prize money very low.

All financial information about the tournament gathered from trusted sources of darts. If any changes further made to prize money distribution, that will be updated here later.