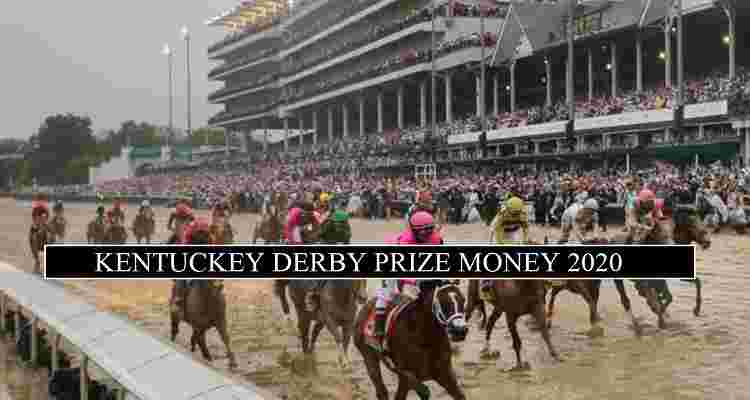 The biggest horse racing confirmed, according to reports Kentucky Derby at Churchill Downs take place on 5th September 2020. Since 1945, it’s for the first time when Kentucky Derby moved to a different rather than in the month of May. Previously the prize money for $3 million announced for Kentucky Derby 2020 but corona-virus impact the purse because the event first time held behind the close doors without audience or may be with limited number of Audience. Kentucky Derby 2020 prize money compare to previous event will be more.

The given details about the Kentucky Derby 2020 prize money gathered from trusted sources. There is no change made to the current prize money it’s increased compared 2017-18 events. In 2018 winner earn ($1.24 million) and second place finisher in the race received prize of ($400,000).

If any changes to the Kentucky Derby 2020 venue and tickets made before 5th September, details will be updated here later. Before this event, The Saudi Cup hosted in Saudi Arabia become most expensive horse racing event with $20 million purse and 1st place holder received ($10 million) and winning jockey (Luis Saez) received $1.1 million share from the prize money. The Kentucky Derby tv coverage confirmed (NBC) show the race in United States.