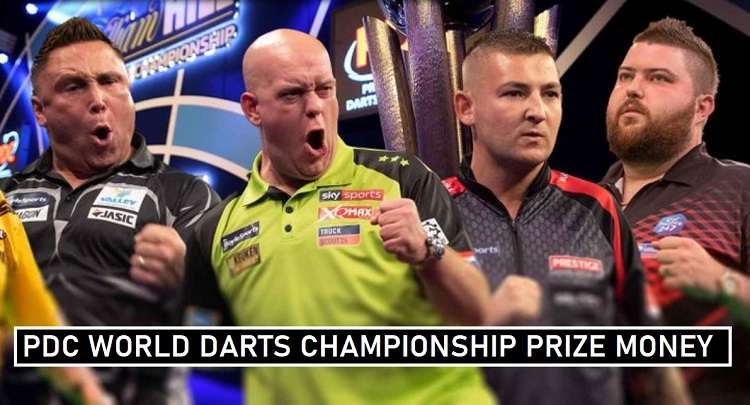 The prize money financial details taken from trusted sources. All players from round 1 to finals received some share from total prize money. Players who qualified for the round three and lost earn (£25,000). Players who suffer defeat in the fourth round earn 10% more (£35,000). Quarter finalist make (£50k) while the semi finalist earn (£100,000) losing.

Sky Sports Darts provide live coverage of all matches. All darts thrown in Alexandra Palace watched on Sky Sports One and Main events also. The tv coverage for the competition also getting bigger DAZN bought the rights to show matches in US (source). Currently no-information released how much tv money paid to the players or there will be no tv money for the tournament.