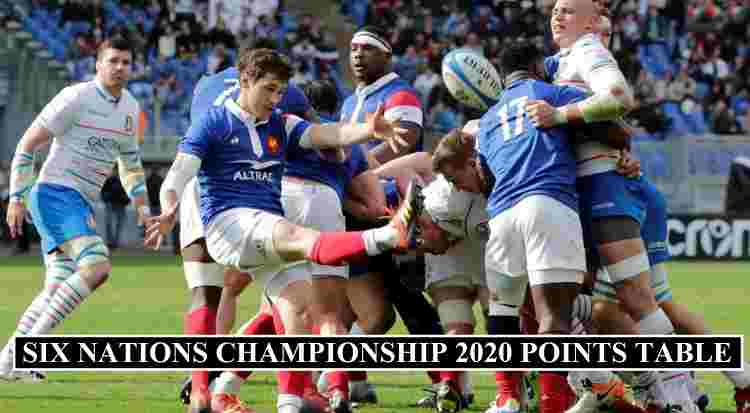 Six Nations Championship 2020 fixtures announced and squads as well. The first match played on 1st February and last match in March. The champion decide on base of points. Last year its Wales who dominate the six nations championship with undefeated run. The 2020 six nations points table updated after each round fixtures.

Total four points awarded to the winning team and in case if the match ended as draw both teams earn two points. A bonus point awarded to the team that scored four tries or more in a single match or else loses a match by seven points or less than that. The 2020 six nations points table based on bonus points, per match points, and tiebreakers.

In the above table you can see how the points distributed on base of win, lost or draw in the six nations fixtures. Last year the team of Wales win all of their matches and earned three bonus points and extra six nations prize money bonus upto (£1 million) to remain undefeated in the tournament.

In case if a team lost match and win all four other fixtures they still earn (2 points) and with four wins they can earn maximum points upto 22 pts at the end of the tournament. If teams in points table have same points then team with better points wins the championship. Somehow if the teams on tiebreaker won’t decided than teams scored most tries in the tournament ranked higher.