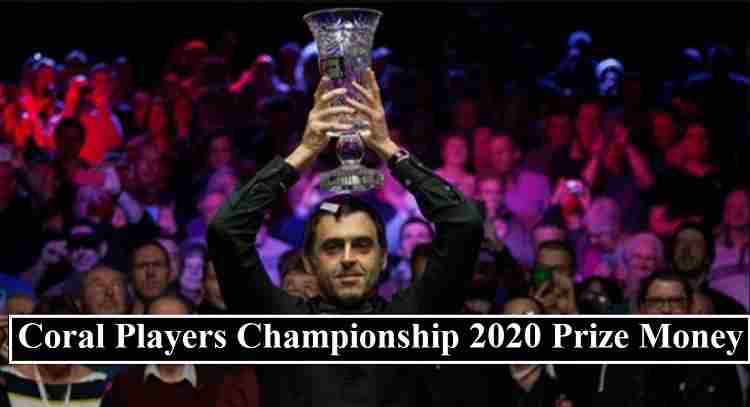 The increased in the tournament prize fund only 0.50%. In 2019, overall prize money adjusted upto (£380k) this year 5k more added for players. Further details about the distribution of fund given in the table.

In the given table you can see how purse money of Coral Players Championship 2020 distributed. The winner in the competition received his share of (£125k). The increase in purse seen in highest break bonus which is double this year from (£5k) to (£10k).