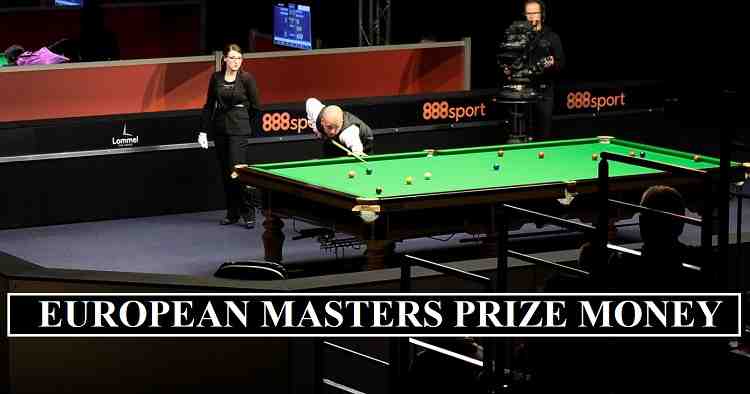 The snooker player who lost the final received £35k as of runner-ups prize money. Those who reached the semi finals and lost earn (£17k). Quarter finalist earn (£11k) their share from prize fund. The lowest prize money paid to those who lost in the round of 64. The player with highest break record in the tournament received (£5k) prize money.

The semi finals based on 11 frames competition, who ever win first 6 games will make his way towards the final of European Masters 2020. The final match based on 17 frames. The final match schedule for 26th January. You can get all matches coverage live on channel (Eurosport).

As part of BetVictor European series £150,000 extra prize money paid to the leading player in (German, Shoot Out, European and Gibraltar Open) competition. The above information based on financial information taken from trusted sources of snooker.