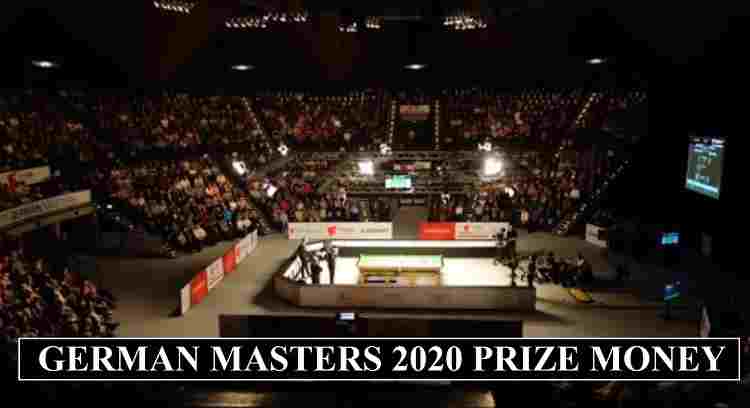 German Masters tournament for 2020 schedule. The event began on 29th January and final played on 2nd February 2020. Germany Masters 2020, sponsored by (BetVictor). Tempodrom selected venue for the competition in Berlin, Germany. The prize fund for the tournament did not increased this year. German masters prize money overall adjusted to (£400,00).

The winner of German masters 2020, earn (£80,000). Player who suffer defeat in the (£35k). All four major events sponsored by (BetVictor) got same prize money. Further details of prize money distribution you can see in the given table.

German Masters 2020 prize money information taken from trusted sources of snooker. If any changes made to the current purse money for the players updated here later. The details based on the public report about how much money adjusted for German masters.

Players who reach to semi final and lost their match rewarded with (£20,000). Each player who lost his match in the quarter finals received (£10k). Who ever record his name with highest break in the tournament earn extra bonus of (£5k). In round of 64 each player who knocked out earn (£3,000).

The leading player in four events organized by the sponsored will earn extra cash at the end of tournaments. Which means £150,000 extra added in the account of snooker player who retains top position in all four (European, German, Shoot-out and Gibraltar Open masters) series.