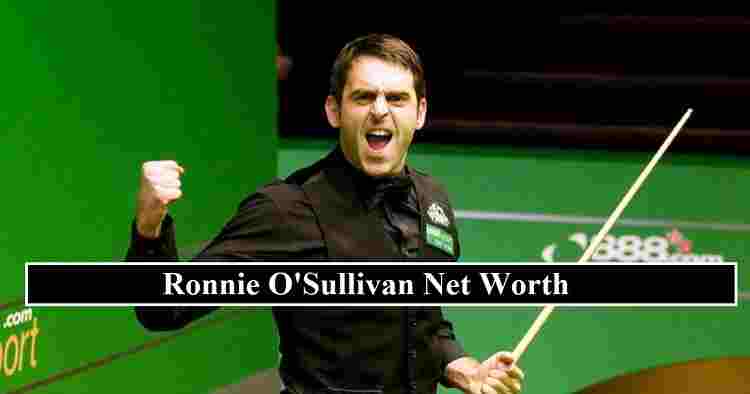 Ronnie O’Sullivan professional English snooker player and currently active. Recently snooker all time highest earning players details revealed, according to their data, Ronnie O’Sullivan before January 2020, earned $11.05 million. A source reported that, Ronnie O’Sullivan earn (£363,500) in all competition he competed during 2019-20 calendar. Ronnie O’Sullivan net worth reported (£11.5 million) based on his earnings from snooker tournaments.

O’Sullivan the five time world champion of snooker earn big money from the tournaments. He reached the final of 2019 Masters, and earn purse money (£90,000), In same year, at 2019 World Grand Prix he lost his match in round of 32 received prize money share of (£5,000). He is currently playing in the world snooker championship 2020 and reached the playoff’s the tournament.

There is a video game made on his name (Ronnie O’Sullivan’s Snooker) which is released on Playstation, Playstation 3 and PSP Vita. In 2013, a sports news (Sport Richlist) reported that Ronnie o’Suillivan house in Chigwell, Essex worth of (£1.5 million).

All information regarding to his career earnings collected from trusted sources. The details updated after each tournament performance. He is currently holding record of highest prize money snooker.