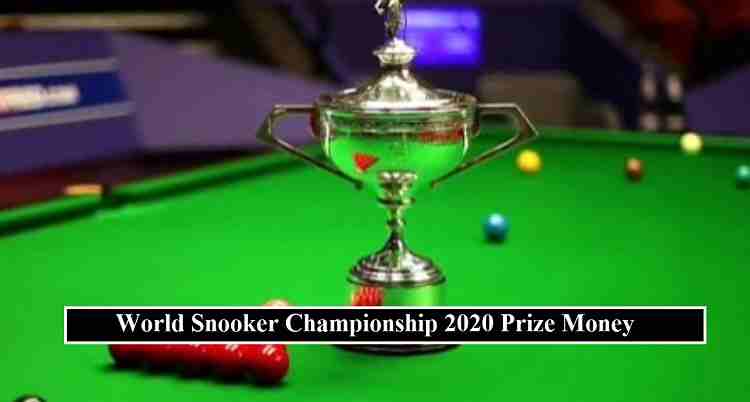 The first major tournament of snooker began on 31st July, Judd Trump current defending champion of world championship looking forward to retain the title to his name. The purse money increased for the winners and players qualified for the snooker world championship in 2020. According to reports, World Snooker Championship 2020 prize money hike to £2.39 million.

The winner if 2020, world snooker championship get paid £500k prize money share. The runner-up who lost the final received upto (£200k). The purse money increase for player once the set (Maximum break in the main event) or (maximum break at the qualifying stage). The details of full tournament prize money given in the table.

In the above table all information regarding to world snooker championship prize fund gathered from trusted sources. If any changes made to the current payouts of golfers details updated here later.