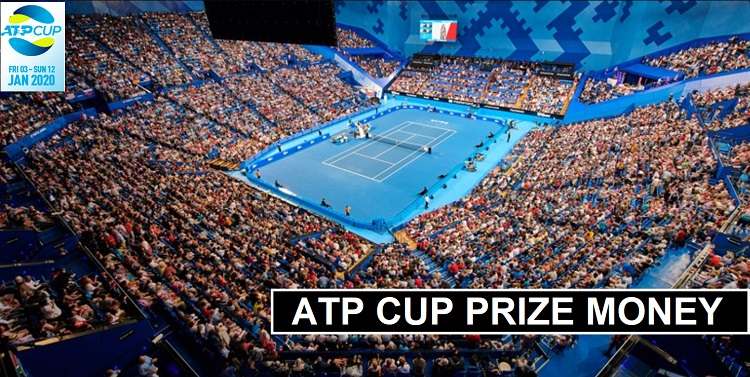 ATP Cup where tennis players represent their country. The prize money increased for the upcoming competition. The cup will played over for 10 days. Total 24 countries who qualified for the competition will particapte. Each team earn its share from the total prize money $15 million.

Its competition based on different format where singles, doubles, mixed doubles take place. The prize money awarded to the teams on base of participation fees, match wins and individual cash prizes. The player who finished in the top three spots means reached semi finals, finals and runner-ups earn $250,000.

In the above table the prize money is for the Individual’s. The players who reached the final and wins the match received ($290k). The double’s winner share will be ($61K). Prize money is double for the player who defeat the number one ranking player in competition.

The above prize money is for the team wins. All players in a team who compete against the opponents earn equally money. In team’s competition both singles and doubles match take place. Novak Djokovic, Nadal and Federer each win the round-robin match brings ($9k) in to their prize money.