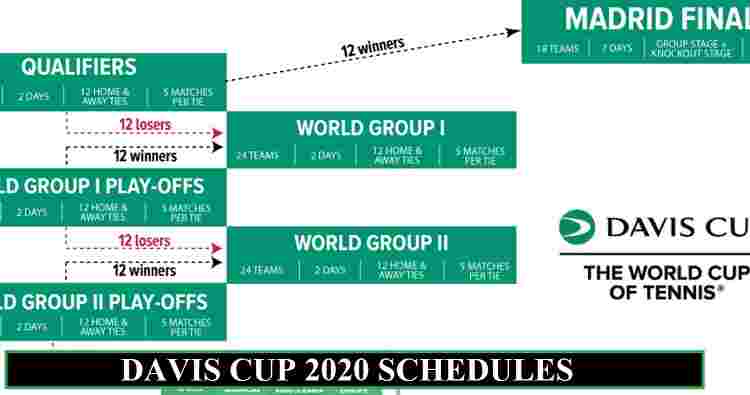 Davis Cup 2020 Schedules announced. The matches began from 2nd March 2020. The first match played between (Croatia vs India) in qualification round at Zagreb, Croatia. Hungary will play their qualifier match against Belgium at Debrecen on Hard Surface court. Davis Cup 2020 schedule confirmed for the qualifiers.

In the above table you can see the current qualifiers for the Davis Cup 2020. According to reports all qualifiers played in 2 March 2020. The winners will go to the next round of the Davis Cup. Italy, Australia, United States, Belgium and Sweden all teams tennis players seen in action on Monday.

Further tournament schedules updated here right after the qualifiers completed on this Monday. Spain is current defending champion in 2019, the dominate against Canada. This year new players included for the Spanish tennis team.

There is no increase currently announced in the Davis Cup 2020 prize money tournament will be £1.8 million for winners and the runner-up in the tournament get paid their share of (£1.3 million). RTV in Chile hold the official rights for the coverage of the Davis cup matches free.